In June of 2014 my family spent a month traveling through Spain and London. I’m highlighting our individual destinations, giving you tips on traveling with kids and sharing some of the best things we discovered.

We set off for Ronda and yet another beautiful drive through Andalusia. Ronda is smaller, and therefore easier to navigate than previous towns we’ve been to. We were able to check into our guesthouse, Hotel Enfrente Arte, early. If all of our hotel stays were hits, this one was a home run. Again, very reasonable, with a funky atmosphere we all loved. 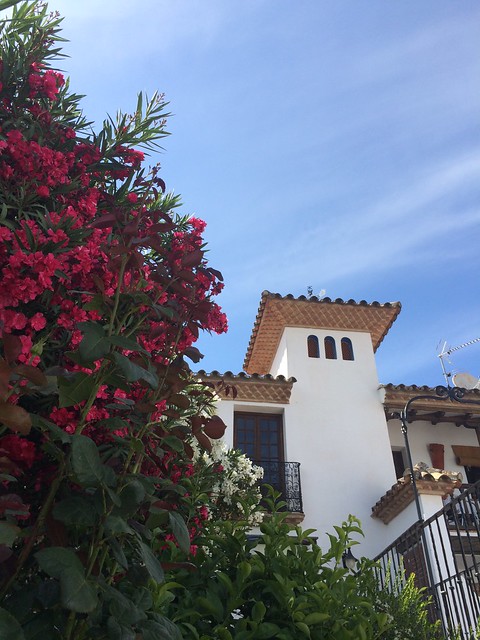 Our room was a 2-story suite, complete with a grand staircase! Elena was thrilled to once again have her own bed upstairs in the loft area. The hotel patios had amazing views of the Spanish countryside, and there were lots of fun nooks for the kids to explore, including a fish pond and an aviary. I was so bummed that I didn’t figure out until after we left that the fish pond is full of the tiny fish that nibble the dead skin off your feet. I’ve always wanted to try that! Oh well, guess I’ll just have to go back. 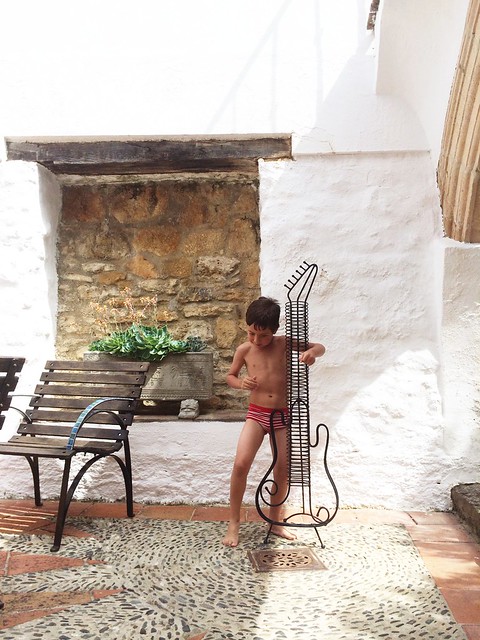 The kids loved the funky rooftop pool. It was way too cold for Mike and I, but it was glorious just sitting there, reading, and soaking up the Spanish sun. Bonus: the hotel provided unlimited, self-serve drinks … even of the grown-up variety. If we didn’t want to explore Ronda so badly, we could’ve just camped out at the hotel for the rest of the day. 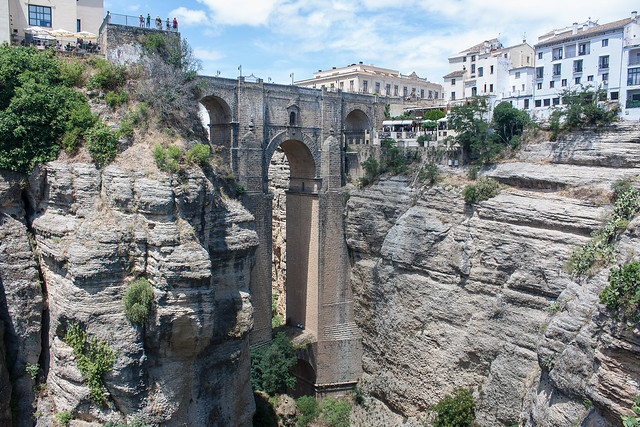 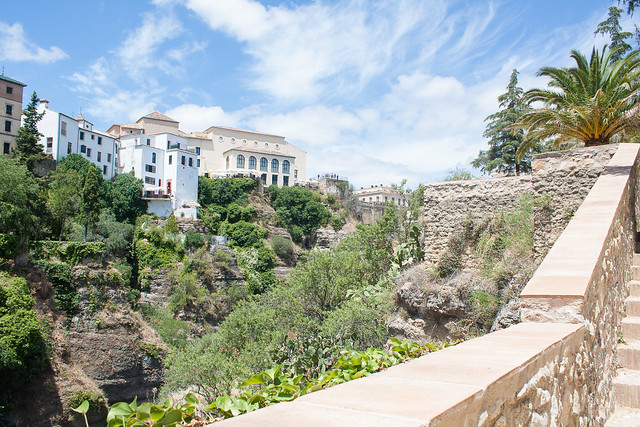 and I could return here again and again. The small streets are filled with cafes and shops. We chose a cafe on the plaza and had a delicious lunch. Two weeks in and we FINALLY manage to eat a meal at the appropriate Spanish time! On the walk back to the hotel we enjoyed some amazing views from the “New” Bridge – finished in 1793!

After relaxing at the hotel, we returned to visit the Ronda bullring and bullfighting museum, Real Maestranza de Caballeria de Ronda. It only takes about an hour to tour, but I highly recommend it. The kids enjoyed it, and it was so different from everything else we’d seen so far.

Notice the posters on the outside of the 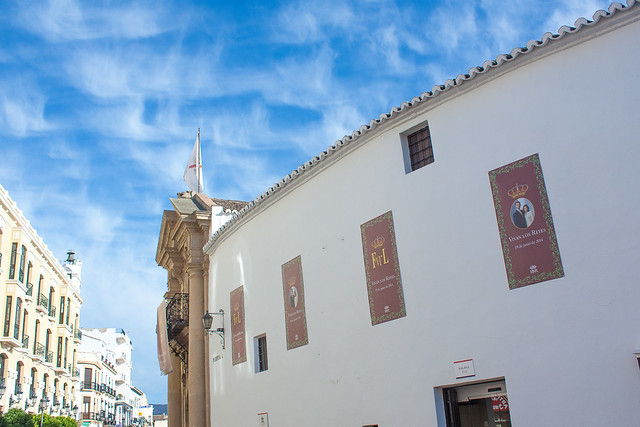 museum? They say “Vivan Los Reyes.” Pretty cool side note: we just happened to be in Spain when Felipe VI and his wife, Letizia, succeeded the throne following the abdication of Felipe’s father, King Juan Carlos I. The ceremony took place in Madrid the week before, but I thought it was cool to see these posters on display in southern Spain. 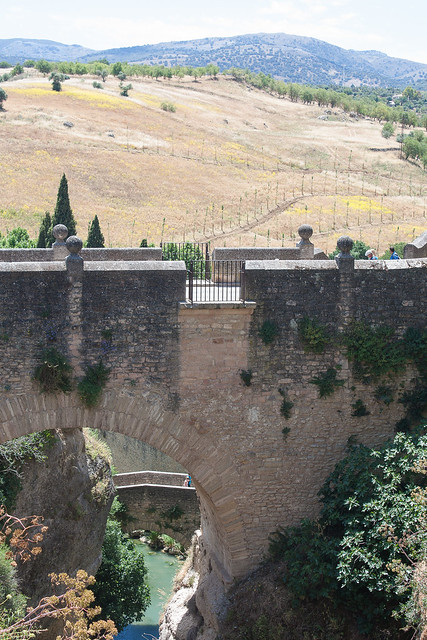 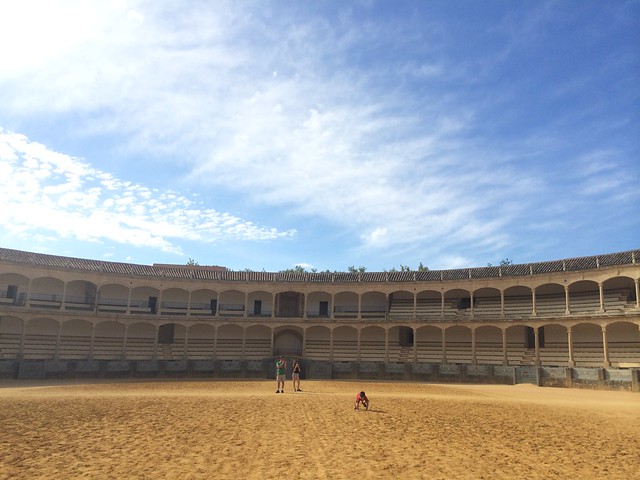 We ate dinner and then walked through the old town of Ronda to the bottom of the Gorge and the “Old” Bridge (built in 1616). The kids will kill me for this some day, but they took my lecture on an ancient use for fig leaves very seriously.